Being brought up on a diet of traditional music by parents who were involved in the folk scene in Hull, my main area of interest is English folk. Here is a potted history of the genre.

History
We know that folk music has existed in England from as early as the 5th century AD. Some later tunes, like those used for Morris dancing, may have their origins in this period, but it is impossible to know for sure as music was rarely written or noted. Literature from the 14th century, including Langland’s Piers Plowman, makes reference to ballads. In the 16th century, social changes led to changes in musical tastes – instruments such as the harpsichord and dulcimer came to be used in courtly music, while lower social orders enjoyed instruments like the pipe, tabor, bagpipe, shawm, hurdy gurdy, and crumhorn, which accompanied traditional music and community dance, and which are still used by folk artists today. The violin was also used fairly across the board, both in high art and in popular song and dance.

Early collectors of folk music in the mid-17th century included Samuel Pepys (1633–1703) and the Roxburghe Ballads collected by Robert Harley, 1st Earl of Oxford and Mortimer (1661–1724), and the Romantics inspired further collections in the 18th century, such as Thomas D’Urfey’s Wit and Mirth: or, Pills to Purge Melancholy (1719–20) and Bishop Thomas Percy’s Reliques of Ancient English Poetry (1765).

The 19th century had a profound impact on folk music, as the Industrial Revolution added work songs to the existing popular themes of rural and agricultural life, and technological advances led to the greater availability of instruments such as brass. Popular music also shifted to urban centres, with music hall becoming a dominant focus. 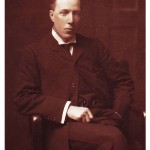 19th and 20th century revivals
Towards the end of the 1800s and the beginning of the 1900s, there were a number of attemps to collect folk music – and it is these collectors who are largely responsible for the rich vein of music that exists today. They included Sabine Baring-Gould (1834–1924), Frank Kidson (1855–1926), Lucy Broadwood (1858–1939), and Anne Gilchrist (1863–1954), centred on the Folk-Song Society. Francis James Child’s (1825–96) eight volume collection The English and Scottish Popular Ballads (1882–92) became the most influential, while Cecil Sharp (1859–1924), founder of the English Folk Dance Society, was probably the most important figure in the preservation of folk song as we know it today. In 1932, the Folk-Song Society and the English Folk Dance Society merged to become the English Folk Dance and Song Society (EFDSS).

The later revival in the 20th century grew after the Second World War, led by Ewan McColl and A.L. Lloyd. Topic Records was founded in 1939 and was to be on of the main sources of folk recordings – and it’s still going strong today. The 1950s revival resulted in the foundation of a network of folk clubs in major towns, with leading performers including The Watersons and Shirley Collins. 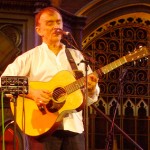