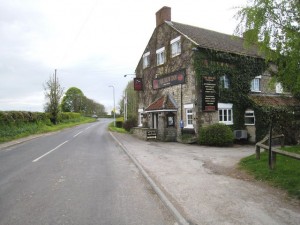 In September, Beggar’s Bridge were delighted to be able to play at the Cropton festival in North Yorkshire.

This was our first proper folk festival, having previously played pub gigs in and around Hull to audiences which were appreciative but not really folkies, so it was great to play to the converted for once.

The set list included a version of Harry Eddom (see Archived News), which we decided to include late in the day as we felt it was really fitting to our mainly local-themed set, and it went down well, as did the rest of the songs. I was pleased and relieved to ‘nail’ Old Forgotten Tales, during which I’m singing and playing a melody on the harmonium at the same time… not easy in my opinion, especially because I went and chose the key of F sharp to sing it in.

Due to unforeseen family circumstances we regrettably had to pull out of the second day of the festival, but I hope we made enough impact to be asked back next year, and hopefully asked to other festivals in Yorkshire and beyond. Everyone was really friendly, and the New Inn, which boasts its own brewery, did some cracking ales – including the Endeavour, a light ale that I especially enjoyed.

Here’s hoping for more festival experience in the not-too-distant future.